It is three in the morning in the den of the King’s Palace. King Abdullah and Prince Naif (Minister of the Interior) have been making quite a night of it. The “Cartoon Controversy” has meant that Prince Naif was able to get hold of a very large shipment of Carlsberg Lager at a knock-down price. He can’t resist a bargain, and brought along quite a few bottles the previous evening. All that King Abdullah could contribute was a large flagon of Rice Wine from his recent trip to China.

For the last couple of hours, they have been playing a Very Silly Game. While in India, Abdullah was presented with a large Goddess Kali. She now sits in the corner of the den. Precariously balanced on the end of each of her eight arms, is an empty bottle of Carlsberg. On the table in front of the Princes is a very large bowl of dry roasted peanuts. The rules of the game are that you say which bottle you are going for, and then flick a peanut at it. If you hit it, you get to swallow a whole bottle of Carlsberg in one go. If you miss, you have to drink a whole tumblerful of Rice Wine. Naif is a much better shot than Abdullah, but it makes no difference, either way you get completely ratted. The whole floor is a mess of empty bottles and peanuts; it looks more like a college dorm than a room in a palace. 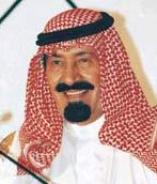 “Left, second down!”, yells Naif, and flicks.
“Pinggg….”. He flips off the cap from another bottle and gurgles, noisily.
“Right, bottom!”, yells Abdullah, and flicks.
The peanut arcs silently past the Goddess onto the Persian carpet. “Bugger!” He fills the tumbler with rice Wine once more, and swallows.
“Hell, ” he says, “I don’t know how many of these I’ve had, but it still tastes like Yak Piss!”
“That’s why”, replies Naif, “the Chinkies are such a funny color. You are what you drink!”.
They both giggle inanely.

“You know”, says Abdullah, “I read something very interesting in the UK Guardian the other day”.
Naif screws up his face.
“I know”, the King continues, “they keep whining on about Human Rights and Amnesty and all that stuff. But they have actually been very supportive of us with the cartoons, they believe in cultural pluralism and all that, not that we do. Anyway, they came up with this chronology of slavery. We were the second last country to abolish it, in 1962″

“Really?”, Naif replies, “It seems like only yesterday. Shame really. Now we have to pay the ex-slaves a premium over the Paks and Indians to drive our cars. Still, my wives do say that you can’t beat a jet-black driver in a thobe and ghutra as the ultimate fashion accessory. But it’s still part of our culture. We still refer to our negroes as “slaves”, behind their backs of course. Even Bin Laden in that video about 9/11 made a joke about the number of “slaves” that were killed”