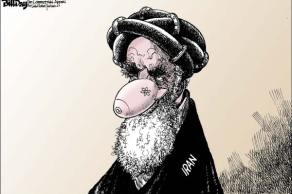 Iran has tested what it says is the world's fastest underwater missile, designed to elude radar and destroy enemy submarines. National TV programmes were interrupted to show footage of the missile being fired into the Gulf and destroying a derelict ship.

The test came two days after it tested a conventional missile capable of being equipped with multiple warheads.

Both tests come amid rising tensions over Iran's nuclear ambitions.

Iran's elite Republican Guard troops are carrying out a series of military exercises and tests in the Gulf and in the Arabian Sea.

The new missile, called Hoot, or Whale, could be deployed on Iranian ships in the oil-rich area, which is home to the US 5th Fleet.

Iranian military chiefs said the new missile would be fired from ships with technology to avoid radar detection.

It is said to travel at 360km/h (233mph), three to four times faster than most conventional torpedos.